(Mankato, MN) – Owen Saidler has a big heart that’s been through a lot, and now he’s putting his heart and soul into a project to help other children.

Saidler, who is 10-years-old, was born with only three chambers in his heart – a severe defect.  During his childhood, he’s had many open-heart surgeries at the University of Minnesota Masonic Children’s Hospital and still has a pacemaker. 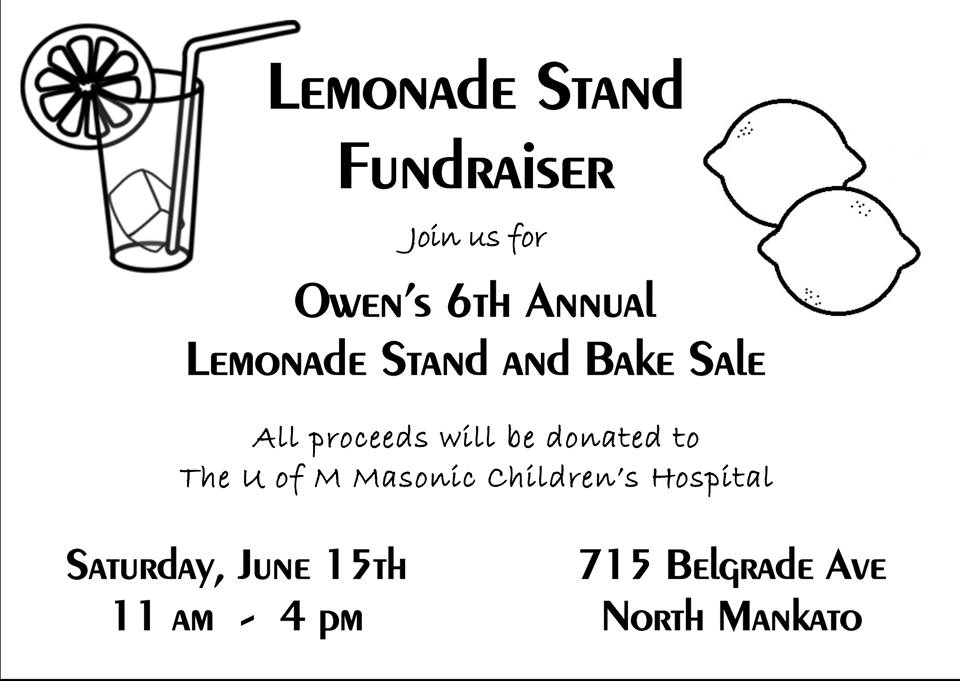 About 6 years ago, Owen decided he wanted to raise money for the hospital where he had spent so much time.  In the first year, the stand raised $200, and by 2017, Owen’s earnings at the stand totaled $1,090.

Last year, with a few last minute donations, Owen surpassed his fundraising goal and made $1,200.

This year, his goal is even more ambitious.  The North Mankato boy hopes to raise $2,000 for the children’s hospital when he holds his lemonade fundraiser this Saturday.

To contribute, make a stop at Owen’s 6th Annual Lemonade Stand and Bake Sale stand at 715 Belgrade Avenue in North Mankato this Saturday between 11 a.m. and 4 p.m.

(Copyright © 2019 Southern Minnesota News – Alpha Media. All rights reserved. This material may not be published, broadcast, rewritten or redistributed.)