The “Nobody is Against the Law” rally was organized by Indivisible St. Peter/Greater Mankato.  Impeachment supporters gathered at Minnesota Square Park, chanting and holding up signs.  The rally was one of hundreds held across the country. 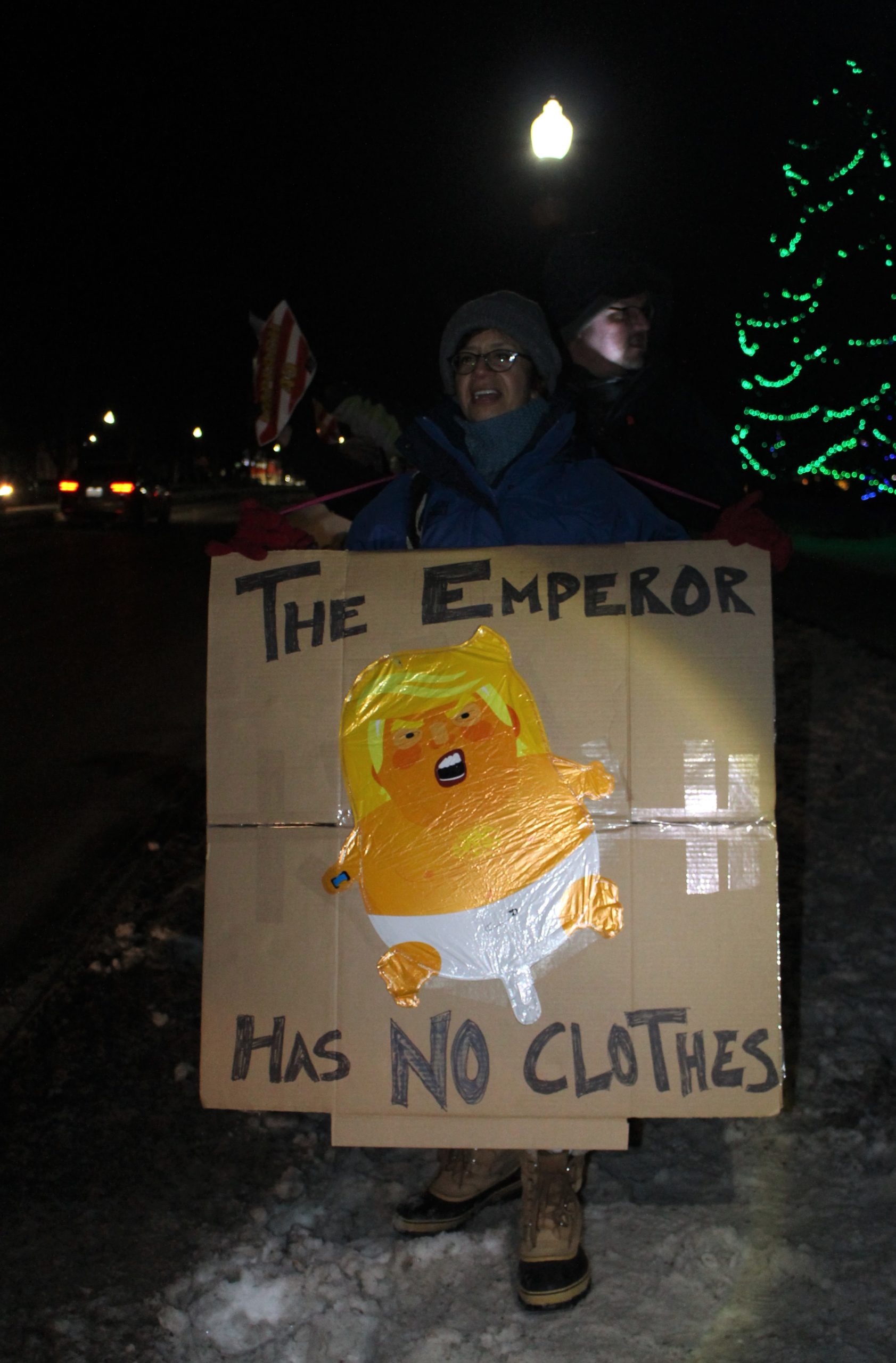 Trump supporters also turned out in support of the president to counter the rally, holding an American flag bearing Donald Trump’s image.

The House will convene at 9 a.m. EST to begin the debate on two articles of impeachment against the president.  The final vote is expected to take place between 6:30 and 7:30 p.m. EST