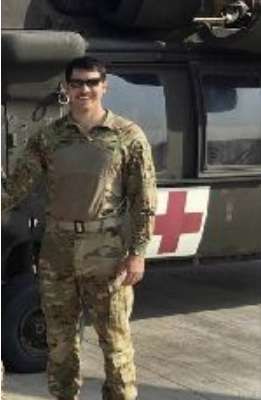 (Mankato, MN) – Funeral services have been set for a St. James graduate who was one of three National Guardsmen killed in a Blackhawk helicopter crash.

Funeral services for Rogers will be held on Sunday, Dec 15 at 1 p.m. at Howard Lake Waverly Winsted High School in Howard Lake.  Visitation will be on Sat from 4 p.m. to 9 p.m. at the Chilson Funeral Home in Winsted.

Rogers was born in Madelia in 1991 and graduated from St. James High School in 2010.  He joined the National Guard in New Ulm in 2009 and was twice deployed to Kuwait.  His obituary describes him as an “outgoing and charismatic man with a larger than life personality.”

Chief Warrant Officer Charles Nord and Sgt Kort Plantenberg were also killed in the crash.  All three had returned in May from a nine-month deployment to the Middle East.