According to a patrol crash report, two vehicles collided at the intersection of Highway 210 and Highway 71 in Todd County.  Four people were involved in the crash, including a 1-year-old child.  The report didn’t indicate who or how many people died in the crash. 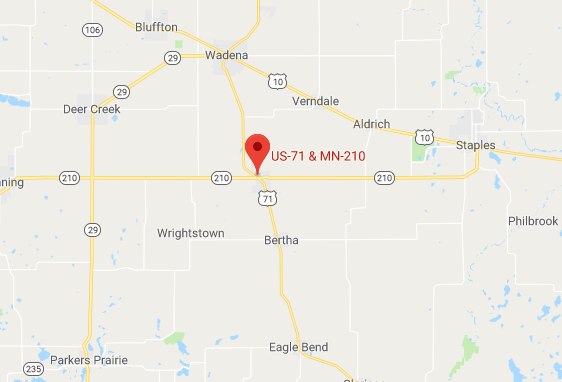 One of the vehicles was a Toyota Scion, driven by a 60-year-old Fergus Falls man.  An 80-year-old woman was a passenger in the vehicle, which had been eastbound on Highway 210 at the time of the crash.

The second vehicle was an Audi A6, which had been northbound on Highway 71 when the two vehicles collided.  The Audi was driven by a 36-year-old Bertha woman, who had a 1-year-old female passenger.

(Copyright © Southern Minnesota News.  All rights reserved. This material may not be published, broadcast, rewritten or redistributed.)

Blake Shelton hits are getting revamped as 'Rockabye Baby!' lullabies

9 hours ago
Connect With Us Listen To Us On